Background of what led me on this journey

My first baby was born on January 4, 2016. First baby’s are hard. Now that I look back at it, I understand why that is-I was used to 8-10 hours of sleep at night and I had the freedom to do anything at any given time without thinking about anyone else. I was inexperienced in this thing called motherhood. It took me a good four months to come to terms with the changes that motherhood brought. I was about 165 pounds after baby #1 was born. I never really weighed myself as the weight was coming off so I had no concerns at that time. I remember I would eat breakfast around noon. If even. As I said, like most new moms, I was inexperienced and had no idea why my baby only slept 1 hour intervals at night and only while sleeping on me. If I put him down he would wake up. It was a never ending cycle.

I’ll be honest and say I had JUST started losing my baby weight when….I found out I was expecting baby #2. Back to back pregnancies. Baby #1 was four months at this time. And all I could think was… SubhanAllah Alhumdullilah for Allah’s blessings 🙂 Granted I was sleep deprived and felt that all my energy was being drained by baby #1, I was happy alhumdullilah.

This news was the turning point in how I dealt with baby #1-I started sleep training him at 5 months old and I can say that he started sleeping through the night on his own by 7 months. It did not happen overnight, it was a process. But it did happen. (Maybe sleep training will be another blog post?!). Because I mean, how in the world would I deal with baby #1 nighttime wakings when baby #2 was on her way!? But in general, having to deal with a young baby while expecting another is hard. Really hard.

Finding out I had gestational diabetes, especially the first time around, was worrisome to me. Now that I look back at it, I think everyone in my family was worried too because they all ended up visiting me the same day I found out. Or they knew I was upset and came to comfort me. Actually I received some more bad news that exact same day about something I had been working really hard on, so it all just piled up and add pregnancy hormones to that mix and I was a mess. Alhumdillilah for family though, may Allah (SWT) grant them all endless blessings Ameen.

When you have gestational diabetes, you’re more likely to develop type 2 diabetes later on in life. Diabetes also runs in my family. Which puts me at a higher risk too.

Before I had kids, I would workout inconsistently, 2-3 times a week, mostly cardio and weights. I was between 125-130 pounds before I had my kids. My height is 5’2″.

With both pregnancies, I was lightly working out. By that I mean I was walking approximately 30 minutes a day. When the weather was nice, I would put baby #1 in his stroller and we would walk to our local grocery store and get some items we needed (approximately a 20 minute walk both ways-so 40 minutes in total). Most of my pregnancy was during the winter months, so I would workout/walk in the comfort of my own home. I had to keep active during my pregnancies in order to control my gestational diabetes. Walking was suggested to me by my doctors. I got in a workout and I got a boost of energy (which we know is hard to come by when expecting!!!).

Baby #2 was born on February 17, 2017. Thirteen months after my first baby. Crazy right?! I still laugh at this myself. Anyways, the first six months with having two babies to manage was difficult to say the least. I had some help for a first week or two on and off.

But I was determined early on to be able to manage it all and not rely on others because I realized that everyone has their own lives to get back too and I really wasn’t comfortable hiring outside help. I mean, my mom managed/raised FIVE kids mashAllah tabarkAllah without any of her family around and did it with such grace subhanAllah.  We had good days and bad days. More bad days in the beginning but as I got a routine in place it became somewhat easier. Baby #1 was definitely feeling the attention shift now that Baby #2 was here. Dealing with that was difficult. I loved them both equally but I had to breastfeed baby #2 OR pump a lot the first three months so I was spending a lot of time with her and my son was spending a lot of time watching the iPad and the Wiggles.

I would also snack when I was pumping (every three hours for the first three months to increase my supply). At first it was healthy snacks-dates, fruit etc. Then as the months went on and the sleep deprivation hit, this snacking turned into lots of nuts, cookies, chocolate and mostly all that processed junk. I would also wait until the babies were sleeping (it did happen LATE at night for a few hours) when I would finally eat dinner. This would be around 10 or 11pm. This would be ME time. To enjoy my food.

I was not working out at all by this point. I was always hungry from breastfeeding and always tired from the lack of sleep I was getting. I was making horrible food choices. I was in this downward spiral that I just couldn’t seem to break free from. My weight was at a whopping 188 pounds. The most I had ever weighed in my entire life, when not pregnant. I was cranky and moody. My clothes didn’t fit. I was just overall unhappy mentally, spiritually and health wise.

Have you also been feeling this way lately?

…stay tuned for how I took control of my life and health and make sure to subscribe to my mailing list to be the first to get access to Part 2 of my postpartum weight loss journey. 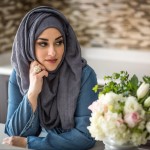